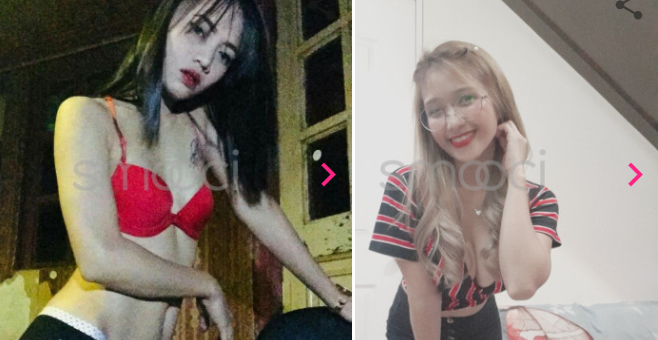 Good news from Smooci.com as they plan to launch their escort service in Angeles City and Cebu this week. Previously Manila was the only Philippines city where they offered online bookings. They also plan to add Phnom Penh, Cambodia soon so in total they will be active in 10 cities around Asia.

Get Half Price Membership on Smooci

Online escort app Smooci.com have a special offer for readers of this blog – half price premium membership. Buy any membership then email contact@smooci.com mentioning Nomad Philippines, and they’ll double it, e.g. buy 30 days for $24.99 and they’ll make it 60 days.

I previously reviewed a Nuru massage outcall service in Cebu and had a great experience. Nurumassage.ph is the Manila & Angeles City version. For 3000 pesos ($60) in Manila or 2000 in Angeles one of their sexy Filipinas gives you a naked body to body massage

The hottest bargirls I’ve found in Manila were at Kojax bar on Badajos Street, in the P Burgos red light district of Makati. Open Fri-Sun, and Mon-Thu the downstairs bar ‘XOXO’ is open, same owner, same girls. Kojax & XOXO used to both be open 7 days, now they split the week. More dancers work weekends, so Kojax is better.

Exclusive Interview with Smooci, the Uber for Escorts

Regular readers will know I’ve been impressed by the Smooci escort booking site and have done reviews of their initial Bangkok launch and the more recent launch in Manila. They’re also now in Singapore. The Smooci team have been kind enough to give me an exclusive interview to...

It’s hard to rank Angeles City gogo bars in terms of girls. No one bar has the hottest, Angeles bargirls tend to just work wherever they can, or wherever their girlfriends work, and they move around a lot. Unlike Manila where a couple P Burgos bars stand out as having quality girls (Kojax & XOXO, same owner).

‘Simone’ Escorts aren’t something I normally use because usually they’re expensive, you pay a premium for the convenience of a girl being delivered to your place, and are risking the pictures not matching her appearance. It’s easy in places like the Philippines and Thailand to find a hot...

Where to Meet Black Girls in Manila

Makati nightclub If you’re wondering where to meet black girls in Manila the most I’ve seen so far in one place is at Royal. Often when you meet Russian or Black women in SE Asia cities they are ‘working’ freelance in afterhours discos, in Manila that’s Royal nightclub....

Pegasus KTV, Quezon City KTVs are a form of prostitution / entertainment popular with Asian guys. Like a gentleman’s club / hostess bar with karaoke rooms. However not all KTVs offer sex, you’ll see ‘Family KTV’ signs around the Philippines, those ones are just for singing songs in....

My first week after moving to Manila I headed over to Burgos to find a massage girl I met on day one. I had lost my phone so my only hope was bumping into her again. Freelancers generally prowl the same areas, and Manila only has a few hooker spots so I...

By Greenbelt 3 mall Cafe Havana is another Manila hooker bar / restaurant, similar concept to LA Cafe but more expensive. Freelancers hang out there playing on their phones waiting for a foreigner to give them cash. Maybe 10% normal / grey area girls mixed in. Inside area I’m not a fan of...

Open 24 hours LA Cafe in Ermita is a huge restaurant / bar where you can find some of the cheapest prostitutes in Manila. Cost of sex is around  ~1500 pesos ($30) depending on the girl and how into you she is. LA Cafe Girls The LA Cafe girls are...

Steven Alston Davis & wife Evelyn Bohol I was searching for Philippines documentaries and came across ‘A Murder in the Family’. If you haven’t seen it it’s a true story about British expat Steven Davis who married an Angeles City bargirl, Evelyn. She later had her brother kill...

Meet girls from across Asia.

Help support the blog by shopping at Amazon via the link above (at no extra cost to you).